The first church built in Hossmo was most likely a wooden one. Coffins found show that there was probably a church here already in the eleventh century.

The construction of that church has been linked to the royal court or a powerful local family. Hossmo is considered to have been the centre of a region in the late Iron Age or early middle ages. The church was probably built as a royal demesne or a church for a powerful leader.

However, in the conflict between Christianity and the old paganism, a wooden church was far too vulnerable, and was replaced by a stone church. This happened about 1120, and during the 13th century, the church was rebuilt with fortifications. Several written sources show that the church was used as garrison and flank defence for Kalmar during the Union conflicts in the early 16th century, Most of what we now see inside the church dates back to the 18th and 19th century. The belfry was completed in 1670. 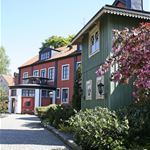 Distance: 8.3 km
Charming, privately owned hotel with personal care and atmosphere. Located in beautiful, quiet surroundings in the Old Town. We offer all guests a light evening meal for free Monday-Friday (not Holidays) with a break between June 22 and August 16 2020.
Book now 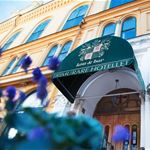 Distance: 8.8 km
Small family-owned hotel with charm and style in each room, centrally located by the square Larmtorget.
Book now 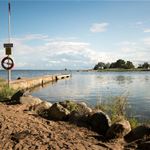